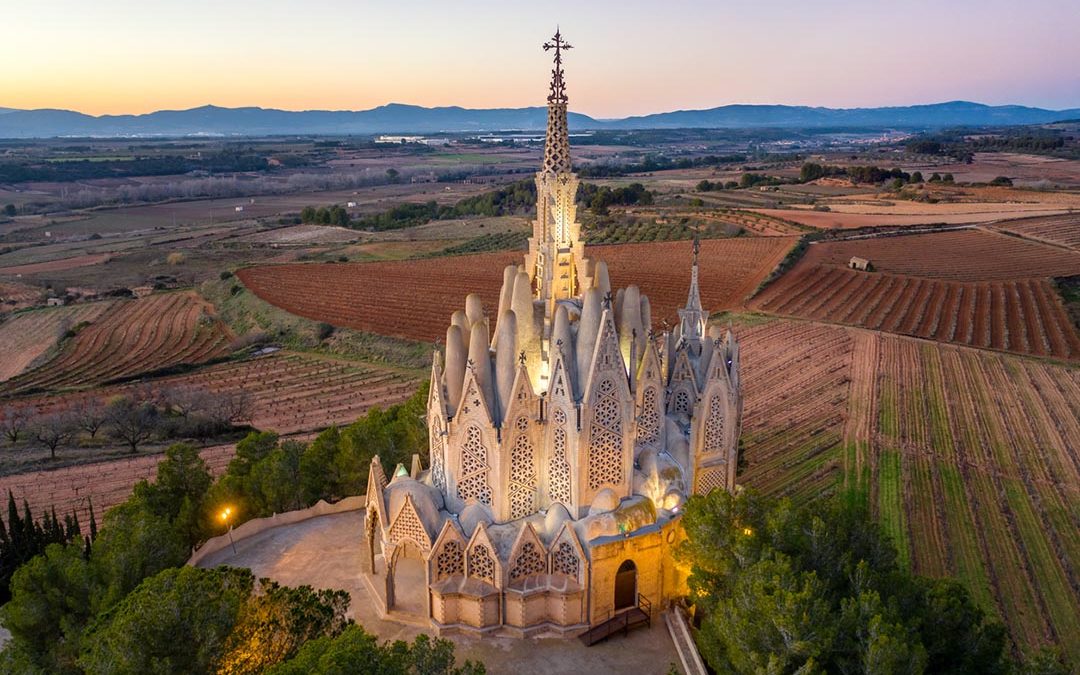 Located in the Alt Camp region and in the province of Tarragona, we find the municipality of Montferri. A municipality of about 400 inhabitants located 32 kilometers from Tarragona and 88 from Barcelona. In Montferri we find the Sanctuary of Montferri or the Virgin of Montserrat, also known as “the little Holy Family” for many people. The sanctuary is located about 400 meters from the town center and is surrounded by vineyards that make it the most special.

If you are thinking of making a getaway, the town of Montferri and its sanctuary will not leave you indifferent!

To know the origins of this sanctuary, we must go back to the end of the 19th century. At that time, the residents of the town and others who lived nearby, after finishing the harvest, used to make a pilgrimage to the Barcelona Sanctuary of Montserrat every year to thank the “Moreneta” for having helped them get a good harvest.

Daniel Vives, a Jesuit who was born in Montferri, had an idea: why not provide the villagers with a closer place to thank the harvest? Daniel Vives decided to speak with his cousin, Josep Maria Jujol, who was an architect, believing and a disciple of Gaudí, and they decided to start building the Montferri Sanctuary on one of the mounds in the Daniel family’s villa.

The Montferri Sanctuary began to be built by the architect Josep Maria Jujol in 1925 with the aim of building a sanctuary in the image and likeness of the mountains of Montserrat. Construction began at the top of the Corralet hill. However, the works were initially suspended due to lack of funding and later due to the Civil War. After a few years, construction was resumed and in 1989, under the direction of Joan Bassegoda Nonell, it was finished.

When to see the sanctuary?

Currently, visiting the Sanctuary of Montferri costs €2 and the visiting hours are as follows:

What to see in the town of Montferri?

Apart from the Sanctuary, if you visit Montferri, you cannot leave without visiting the Rocamora Castle, taking a walk through the old town and getting to know the Church of San Bartolomé, a church that mixes the Gothic style with the Baroque.

In Montferri there are two family wineries where you can take guided tours, of course, always with a prior reservation. These are “Vives Ambròs” and “Martí i Sendra”.

If you do not want to leave without a detail, through the streets of Montferri you will find different artisan workshops where you can buy a souvenir.

Where to stay near the montferry Sanctuary?

Just 15 minutes from the Santuario de Montferri we find Fèlix Hotel, located in Valls. A perfect family hotel to stay, since it combines tradition with the modernity of its rooms.

At Félix Hotel you cannot miss the suites with a hydromassage bathtub or the superior rooms with a bathtub, like the one in the photograph, since after a tiring day what better than to relax?

If you visit Montferri and its sanctuary, do not hesitate to tag us on our Instagram @felixhotelvalls. We will share your photos!